Battlefield Route: Fighting for the Vecht

Some options for a drink and/or meal along the way:

Starting point fortified town Naarden
Naarden is undoubtedly the best-known fortified town of the Old Dutch Waterline (OHWL). In the Disaster Year 1672, the fortress quickly fell into French hands. After the liberation by the army of Prince William III in 1673, a thorough modernization of the fortifications began. Restorations have largely brought that original seventeenth-century design back into view.
The inner wall includes six large bastions (protruding parts). In the wide moat around it are also six ravelins (defensive islands) and two stone bears (retaining walls between inland and outer water). Around it is a second, narrow wall and defensive ring with a so-called covered road and a second, narrower moat. This double wall offers wonderful hiking opportunities.
An old lily gauge for the inundation can be found at the ravelin Nieuw Molen - Oud Molen. One of the original entrance gates was later rebuilt. Fort Ronduit was built to protect the coastal strip north of the fortress. The Groot- en Klein-Arsenaal (military warehouses) from the time of the OHWL have been preserved within the ramparts. The Dutch Fortress Museum is located in the Turfpoort bastion.

1.
Old Seawall
From the fortified town of Naarden, the route follows around the Zuiderzeepad and the IJsselmeerweg to Muiderberg on the Zuiderzee of yesteryear. The former Zuiderzeedijk can be followed all the way via Dijkweg to the famous Muiderslot, on the edge of Muiden.
When Naarden was overrun by French troops in 1672 and unknown horsemen had already been spotted in Muiden, they rushed through this seawall. Behind the inflowing seawater, Muiden and Muiderslot were brought into a defensible state as best as possible. Then an exciting battle began that was crowned with success after more than a year and a half.

2.
Fortified town of Muiden and the Great Sea Lock
The ramparts of Muiden with bastions, canals, stone bears, etc. are separated into a western and eastern part by the Vecht. These defenses were strongest on the east side and the traces can still be seen best. The Muiderslot is one of them.
In the Vecht, the Great Sea Lock has been located in the middle of the old fortified city since 1673. This lock was of great importance for the waterline and remained so in the later waterlines (the New Dutch Waterline and the Defense Line of Amsterdam).
Several fortifications from different periods have been preserved for the defense of the lock and the city, such as the Muiderslot (from around 1280), the ramparts of the city (foundations from the time of the Eighty Years' War (1568-1648) and improvements due to the several water lines until the twentieth century), the West Battery (1850) and the Muizenfort (1874).

The Fight
The OHWL was a vertical (border) line of Holland between the major rivers and the former Zuiderzee. In the northern part of the OHWL, the Vecht flowing to the north was almost naturally the backbone of this. For centuries, the river remained of great importance for the military inundation of the Vecht region: this was already the case during the Eighty Years' War (1568-1648), then for the OHWL (1672-1816) and also for the New Dutch Waterline ( 1815-1963).
This river that was so fought over in 1672-1673 should not be missing in a Prinsenroute of the OHWL. From Muiden this route continues on the Lange Muiderweg on the east side of the Vecht in the direction of Weesp.

3. Fortified town of Weesp
After the intersection with the Amsterdam - Hilversum railway, the canal of an island in front of Weesp can be crossed. The contours of two bastions are still present on the left and right. They were built after the battle of 1672-1673. Four of a complete wall with eight bastions were eventually built. The other two have also been preserved on the south side of this historic OHWL fortified town.
A round tower fortress of the Nieuwe Hollandse . will be built on the Ossenmarkt via the bridge over the canal
Waterline in sight. The fortified town of Weesp remained part of the Dutch water lines from 1672-1673. The fortress from 1860 is now used for cultural and commercial purposes.
The main road leads around the round fort to the bridge over the Vecht and the oldest part of Weesp. Of the canals, only the Oude Gracht is still open between the Smal Weesp on the north side and the two bastions on the south side of the old core. On the latter side, Weesp is left again via the Utrechtseweg on the west side of the Vecht. A few wooden houses there remind us of the time when building materials were only allowed in the firing ranges of the fortress.

4. Former fortresses Hinderdam and Uitermeer
Along the Vecht the route continues in a southerly direction to the old border area of Holland and Utrecht around the Hinderdam. In 1672 there was an important lock that had to be defended tooth and nail before the inundation. French army units tried in vain to get their hands on this work of art and vented their wrath on the surroundings. Nearby villages such as Nigtevecht and Nederhorst den Berg suffered as a result, but also in other places in the Vecht region houses, churches and castles were destroyed by the enemy.
The cycle route along the west side of the Vecht continues to the village of Nigtevecht, where the return route is taken northwards via a ferry on the other side of the Vecht. First, the remainder of the Hinderdam in the Vecht (again) comes into view. The lock in this dam was replaced by the Dutch in 1673-1674 by the Grote Zeesluis in Muiden. Even without a lock, the Hinderdam remained a fortified place in the OHWL and later water lines. A ruin, hidden under greenery, remains of the fortifications in the river basin of the Vecht. After the intersection with the N 236, the point soon follows where the's-Gravenlandsche Vaart reaches the Vecht. There is another relic of the OHWL: the former Fort Uitermeer. At the lock of the's-Gravenlandsche Vaart and the Vecht there was already a fortification in the sixteenth century. After the battle of 1672-1673, it was turned into a fortress, which was subsequently continuously improved. However, due to negligence, the defenses fell into the hands of enemy Prussian troops without a fight later in the eighteenth century.
Fort Uitermeer was continuously adapted and expanded to meet the requirements for the later water lines. But when it no longer had a military function after the Second World War, a process of dismantling began. Now the preserved part is being restored and refurbished. There are easy to follow short walking routes around the ruins of the former fortress.

From Fort Uitermeer, the route along the Vecht is continued over the's Gravelandseweg and the Keverdijk connecting it in the direction of the Naardermeer. From there back to NaardenVesting. 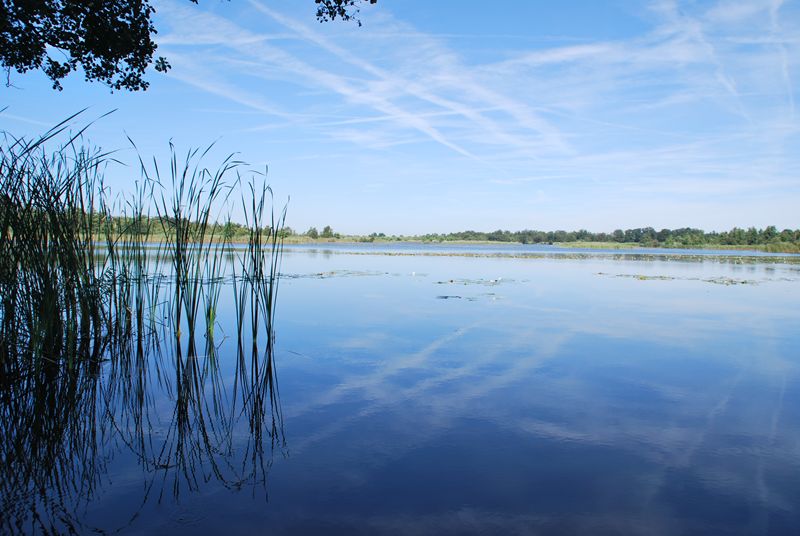 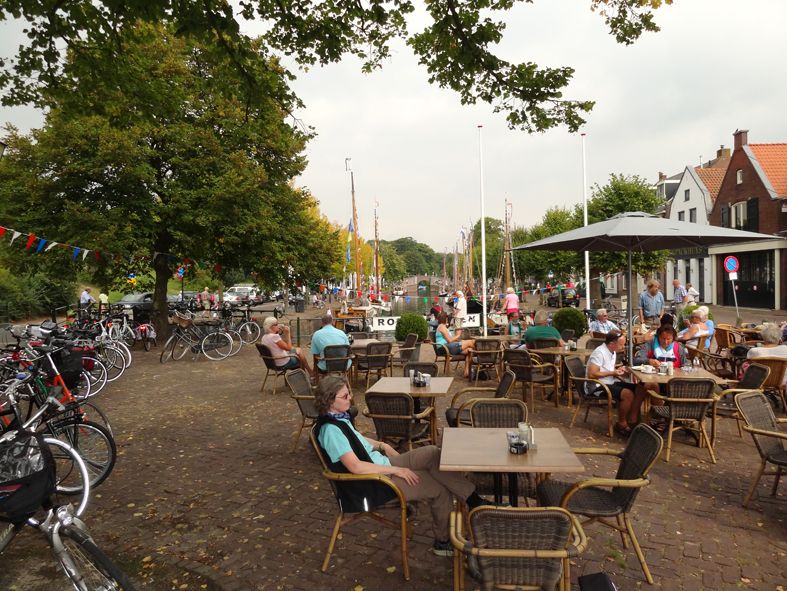 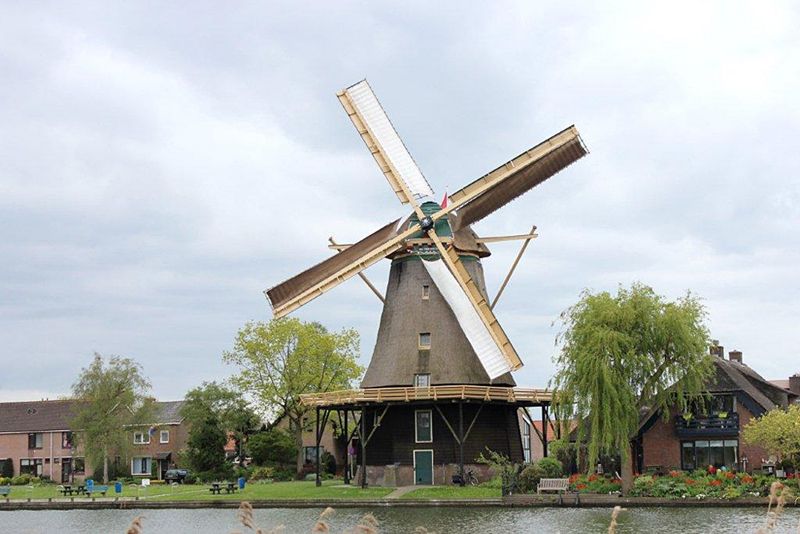 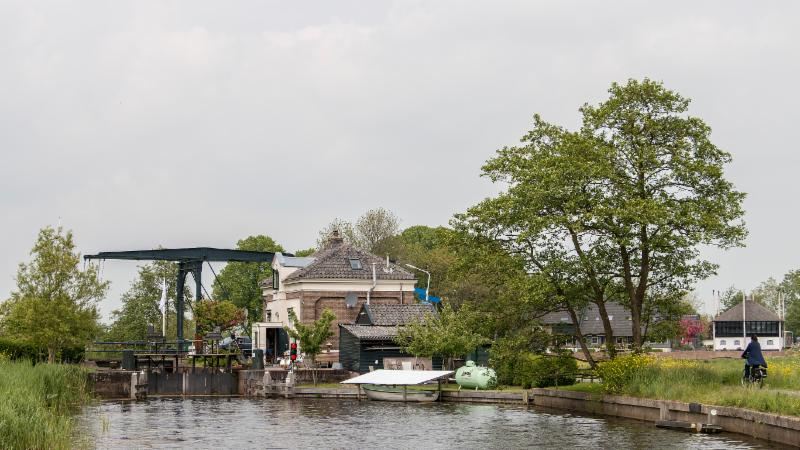