Cycling in Zeist, Utrecht, The Netherlands

Utrecht, a vibrant student city and the capital of the province of the same name in the heart of the Netherlands. The foundation for the city was already laid by the Romans around 50 AD, but the current city was probably established 650 years later, as a spiritual center with two churches. In 1122 Utrecht received city rights and the construction of the Oudegracht and the ramparts of the city began. Due to its central location in the Netherlands, the city has become a crowd puller, with the Dom Tower attracting many visitors. This logo of the city is the highest church tower in the Netherlands (112.32 meters high). Behind the Dom there was a secret meeting place for homosexuals in the eighteenth century, a memorial stone has been placed here to commemorate the Utrecht residents who were caught and sentenced to death. Because of that name, a resident of the city often prefers to be called"Utrechter\\\". The route starts at Profile het Rijwielpaleis. Here you get a discount of no less than 10 euros on maintenance and repairs when you show your bicycle discount card, so this is an excellent opportunity to give your bike a little maintenance before you leave and set course for Slot Zeist. Slot Zeist was built in the seventeenth century as a place of pleasure. It is one of the first castles in the Netherlands to be built in the Baroque style. Much of the castle has survived intact and is still the same as a few centuries ago. Today the castle serves as a conference center. In Zeist there is a closer, smaller castle. Blikenburg was probably built in the fourteenth century. It is one of the few castles that has remained privately owned over the years. The original castle was made of brick and was demolished in 1627. After this, the current house was built, which still functions as a residence today. Then you come to a castle and homestead at Bunnik: De Beesde. The oldest mention of De Beesde is from 1395. The castle was originally built as a residential tower at the end of the fourteenth century or at the beginning of the fifteenth century. The west wing was built in the eighteenth century and the north side in the nineteenth century. This castle is also privately inhabited. Rhynauwen Castle is located on the right bank of the Rhine, just outside the town of Bunnik. The house is first mentioned in the thirteenth century, but the current castle dates from the eighteenth century. The house was built on the site of its predecessor. The building is owned by the municipality of Utrecht and in 2013 a youth hostel is located in the castle. Then you pass a number of fortresses, which are scattered throughout the area but all belong together; Fort Rhynauwen, Fort Vossegat, Fort de Bilt and Fort Voordorp. The forts are part of the New Dutch Waterline and the Defense Line of Utrecht. They are built in strategic places and defend the surrounding area and the land behind. The total defense line runs from Muiden to the Biesbosch, the defensive works extend over 85 kilometers. Not only did fortresses help to guard the borderline, but the water was also used as an effective means of cutting enemies. Since 2005, the New Dutch Waterline has been designated as a national landscape, four years later the entire line was given the status of a national monument. Since 2010, the defense line has been a candidate for the UNESCO World Heritage List. And rightly so, because the New Dutch Waterline is a beautiful nature reserve with forts, shelters for birds and protected animal species and hydraulic delights that are visible and hidden in the landscape. On your way back to Zeist you will pass two beautiful estates. Vollenhoven originally belonged to the Benedictine monastery Oostbroek in De Bilt and its history dates back to the sixteenth century. Vollenhoven was auctioned in 1922. Mr. M. van Marwijk Kooy then bought it, together with his father-in-law. In 1966 part of the estate was sold, on which the Zeister residential area'Vollenhoven\\\' was built. When the A28 was built, the last changes were made to the estate. The last estate on the route, Beerschoten, is a beautiful forest area near the city of Utrecht. Huize Beerschoten was built in 1889 in neo-Renaissance style. The estate forms a large nature reserve of 378 hectares. In the nineteenth century, the park forest on Beerschoten was designed in the English Landscape style by landscape architect JD Zocher Jr. The estate is home to many rare animals and plants.
Forest Cultural routes Nature Route Fort Route Monument routes 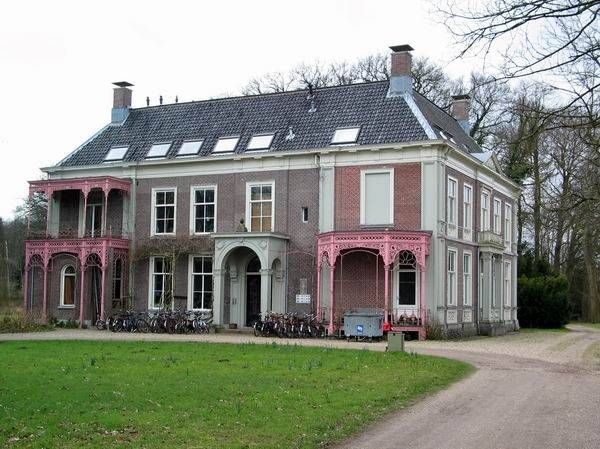 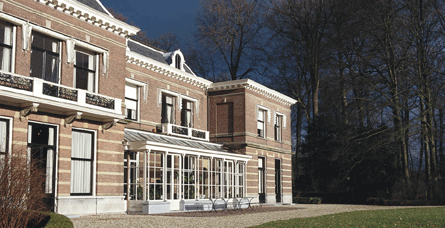 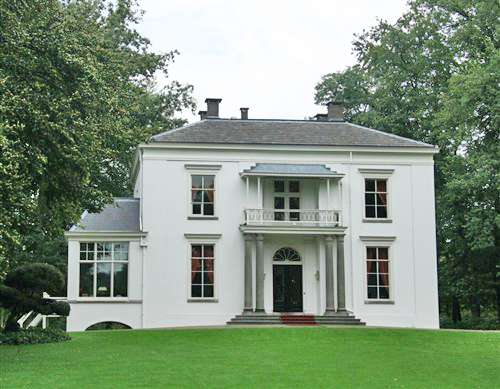 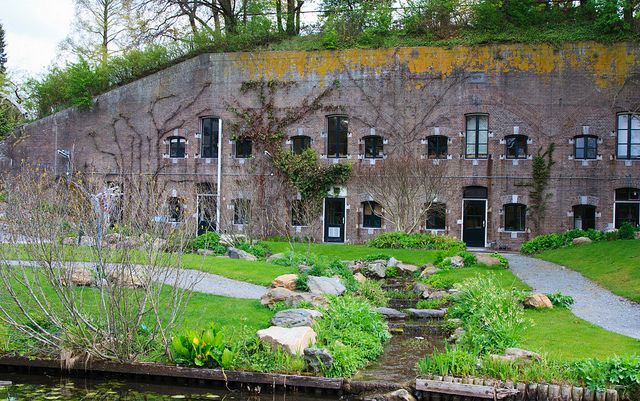 You are always welcome at bicycle shop Profile het Rijwielpaleis in Zeist. If you have your bike ser...

At the end of a stately driveway is Slot Zeist, surrounded by water features and a beautiful English...

Independently fortified building from the Middle Ages that was easily defended at that time and in t...

Castle Rhijnauwen is a country house from the 18th century that forms the center of the estate of th...

Fort Rijnauwen was built between 1868 and 1871 and was part of the advanced circle of forts around U...

Fort Vossegat was built between 1817 and 1819. The remains of the fort are now located within the gr...

The fort was built in 1869-1870 and was surrounded by inundations. The fort defended the nearby floo...