The Ooijpolder is part of the Gelderse Poort, an important nature reserve in Gelderland near Nijmegen. This polder extends between the river Waal and the N325. The flora and fauna in the Ooijpolder is very varied. In the higher parts you will find a lot of sandy soil and shrubs, while in the lower parts many grasses grow in clay soil. Due to the water management, the original marshland of the polder has dried up. The result is that there are now more trees growing in the polder than before. In the polder, the observant cyclist can hear a black voice, bittern or great reed warbler whistling. Previously, the Ooijpolder was used as a'reserve\\\' for the Przewalski horse, which could be reintroduced into Mongolia. At 50 meters from the start is the beautiful nature reserve De Millingerwaard, where herds of Galloway cattle and Konik horses roam. It is one of the few areas in the Netherlands where the beaver occurs in the wild and is a pleasant habitat for various special birds. After junction 95 you cycle past De Millinger Theetuin, which exudes a tropical atmosphere through the plants and water features. There are squares, height differences, stairs and two different tea houses with an exotic interior. Definitely worth getting off your bike. You then cycle back across the river via the smaller village of Kekerdom to junctions 79 and 85 (ferry service has limited access, consult the ferry service for current sailing times), until you reach the Poelwijk estate in Gendt. The castle tower that can be seen from the road dates from the 15th century. In the tower there are murals on the first floor, which is not often seen in the Netherlands. After junction 31 you will arrive at M14: Kasteel De Kinkelenburg. The earliest mention of this castle can be found in 1403, when Johan van Ambe was enfeoffed with'a huys ende hoffstadt with graves and the cingelgraven located as far as Bemmel\\\'. At that time, the castle probably consisted of a square, stone residential tower, the foundations of which are still under the current building. For more interesting facts, visit www.spanninghistory.nl/de-middeleeuwen . About 10 kilometers further on the route, near Doornenburg, is M15: Doornenburg Castle; one of the largest and best preserved castles in the Netherlands. The castle was built in the 13th century and consists of an outer castle and a main castle, which are connected by a narrow wooden bridge. At the beginning of the 20th century the castle fell into disrepair, but a foundation was established in 1936 to restore the impressive castle. Doornenburg Castle is one of the best examples of Late Medieval fortifications in the Netherlands and has the largest outer bailey in the Netherlands. After the failed Battle of Arnhem, the Over-Betuwe becomes a front area. The German commander Harmel sets up his headquarters in the castle Doornenburg. German destruction and allied bombing raids leave almost every building in Doornenburg undamaged and many civilians are killed. The reconstruction of the castles was started in 1947 and took almost 20 years. You cycle via junction 77, 80, 88 and 81 to Millingen aan de Rijn where you will see a field boulder L33: Uittocht when you enter. This is a listening point where you can listen to a radio play about Milligen's impressive experiences in the years 1944-1945. These boulders are located at 75 special locations in North Brabant, around Arnhem and Nijmegen and on the Veluwe. For more information about these impressive experiences, visit www.liberationroute.com .
Park and garden Liberation Route Middle Ages Monument Forest Water Cultural routes Nature Route Polder E-bike routes Camper place 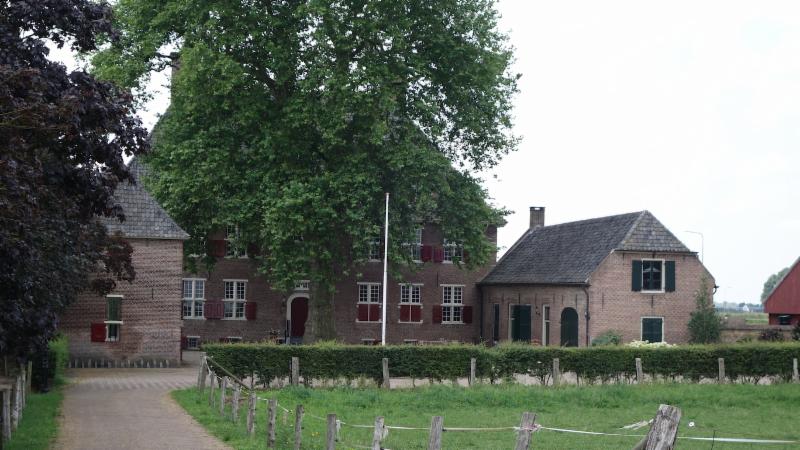 Landscaped (botanical) gardens at the most beautiful locations. Brimming with butterflies and birds,...