Cycling in Súdwest-Fryslân, Friesland, The Netherlands

Provided by: Land in Friesland

Thousands of cyclists pedal along the Eleven Cities route every year on Whit Monday. What those cyclists skip, because there are so many of them, is a narrow, beautiful road along the Dokkumer Ee. Do you want to take this route? Then start at the bridge at Sibrandahuis, on the road: Trekwei. You turn left onto the Iewal, the water is then on the left. At the T-junction left again, onto the Iedyk. As soon as you cycle a little further from the water, you have to turn left, into a narrow cycle path into the forest.

Keep following that cycle path, it will lead you around the harbor in Burdaard, past the mill and through the village. Keep cycling to the right of the water. Not far outside Burdaard the cycle path ends and you follow the Iedyk again, a little further from the water. The exit to Bartlehiem is not to be missed. There you will find the famous wooden bridge. This bridge has become world famous because of the television images of the huge crowd of spectators at this place during the Elfstedentocht.

It is located where the spectators see the skaters pass twice. First to Dokkum, and then from Dokkum back to Leeuwarden. After Bartlehiem you cycle further along the water to Wyns. There you can cycle to the right of the water to end up in Leeuwarden. You can also take the ferry across, then keep turning right, to end up on the Wynser Binnenpaad. Straight through meadows and over a farmyard you will end up in Lekkum, the end of this route. A true experience, especially with freshly cut grass!

Another famous bridge
Instead of keeping to the right in Wyns, you can also follow the through road towards Gytsjerk. At the T-junction you can turn right and follow the route on the Canterlandseweg to Lekkum, the end of this part of the Elfstedentocht. You can also turn left at the T-junction. You will then cycle over the 'Tegeltjesbrug'. A bridge tiled with photos of participants in the Elfstedentocht. Seen from a greater distance, the thousands of tile portraits form a large image of skaters riding behind each other. It is the last bridge before the skating finish of the Elfstedentocht. 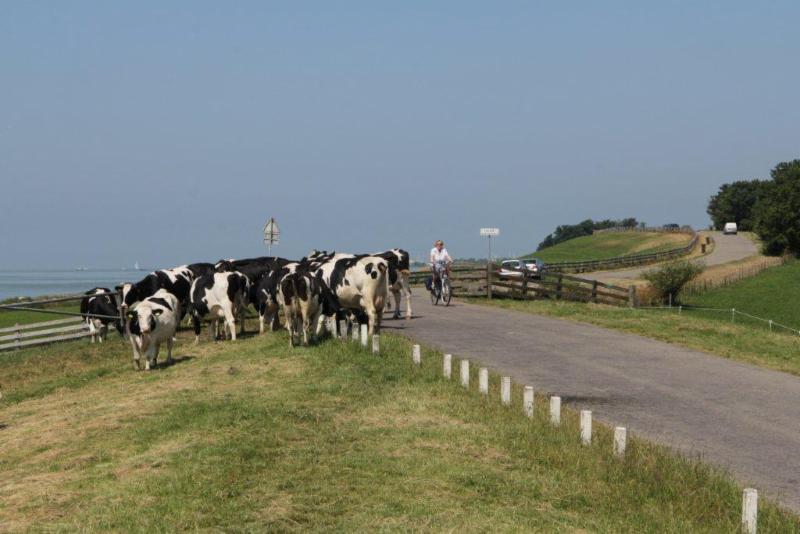 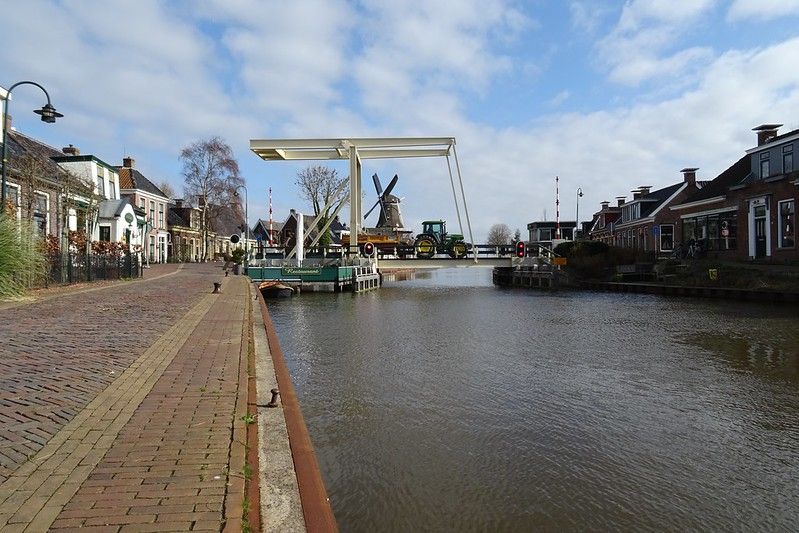