When standing straight on its long legs, the crane measures about 1.20 meters. The impressive animal has a wingspan of 2.20 meters. He announces his arrival with a loud trumpet blast. Although many cranes only fly over during the migration, there is often a group that spends a few weeks in Heeze-Leende in the spring or autumn. During the day, the cranes look for leftovers of maize and potatoes on the farmland. In the evening they look for the peace of the heath again. The Strabrechtse Heide is an important stopping place for migratory birds. Not only for the crane, but also the black stork likes to seek the peace of the heath and in spring, among others, shovelers and garganeys nest around the fens. Early in the spring you can also hear the melancholy call of the curlew over the heath. Another resident is the green woodpecker, which lives largely on the ground. Here he searches for ants and other goodies. The Strabrechtse Heide, of which the Lieropse Heide and the Braakhuizensheide are parts, is a nature reserve of approximately 500 hectares. The heaths have a great ecological, but also a cultural-historical value. There are many fens and in the heart of the Strabrechtse Heide lies the Galgenberg; an open drifting sand area. The typical vegetation here consists of spurrie, sheep grass and bunt. A place of historical importance on the heath is De Hoenderboom, where a boundary marker indicates that Heeze, Maarheeze, Someren, Lierop and Mierlo used to come together here. Close to the Hoenderboom is also the Grafven, where in 1595 a number of women were murdered who had been found guilty of witchcraft. You can also see nice things in built-up areas. In Mierlo there is a nameless semi-open post mill. In the past, the mill, which was built around 1640, was used to grind grain. Then she was still on the Molenheide. The mill was moved in 1860, but it was not until 1992 that it got its current location: on a lawn in the middle of the village. The mill is still capable of grinding, but is no longer used. In Heeze you will see a breathtakingly beautiful castle, which has been placed on the National Monuments List. The first mention of the castle dates back to 1172, where the building is mentioned on a deed. Over the centuries, the complex was expanded. Now the fortress is moated and consists of two parts: the medieval Eymerick castle and a newer castle that dates from the seventeenth century. The location in nature is beautiful and the eighteenth-century interior has remained virtually intact. Nevertheless, the castle is inhabited. The last sight of the bike tour, before you return to the free parking lot of Auberge Vincent, is the Collse Molen. The exact year of construction of the mill is unknown, but it was built at the end of the eighteenth century. This undershot watermill mill was used oil and flour mill. In 1960 the municipality of Eindhoven de Collse bought the complex. The oil mill was reconstructed in 2003 and was put back into operation the same year. On Saturday mornings you can visit the mill and in the shop located at the mill you can buy fresh flour, which has been ground with the mill.
Bicycle cafe Waterwheel mill Windmill Forest Heather Cultural routes Nature Route E-bike routes Monument routes Castle 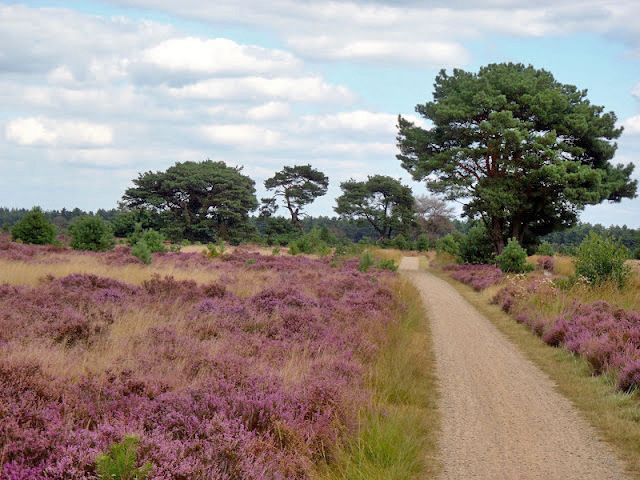 The most famous windmill type in the Netherlands. Windmills were used not only to produce flour from...

During the war, the municipal population register was regularly stored safely in the castle. As a re...

This double base watermill dates from the seventeenth century. The mill appeared in about 1884 in a ...