You start this cycle route from the parking lot near Haersolteweg. With this route you will discover many historic places in the beautiful Overijssels Vechtdal. By far the most important and most beautiful historic building in the Dalfsen region is Rechteren castle, on the south side of the Vecht. It is located on the sprawling estate of the same name, where you can wander for hours. Rechteren Castle is not accessible but very beautiful to see, because it is the only one of the medieval castles in Overijssel of which important parts have survived despite the siege, decommissioning and radical renovations. The tower and residential wing are still completely intact. The castle has a turbulent history, as it was occupied by Spanish troops in 1584. In 1665 the peace was again disrupted, this time by the Munster troops who occupied the house and caused a lot of damage.

Ruitenborgh
Today you also cycle along the manor former Ruitenborgh, in the neighborhood of Ankum. This ancient site was first mentioned in 1328 as castle (castrum) Rutenberghe. Until 1545 it was the seat of the noble family Van Rutenberg. In 1821 the manor was sold for demolition and a new house was built on this location a few years later. The canals were filled in 1915. Yet it remains a beautiful building, although it is no longer a manor. Nature is also covered with this tour. On the Rechterense Veld you may see pigs rooting around, who have taken over the role of forester here. They help nature to turn the soil around, so that seeds can germinate better and new trees will soon grow here. Along the way you will pass a nice place to take a (lunch) break: Herberg De Klomp in Vilsteren, a thatched farmhouse with a beautiful terrace. Herberg de Klomp is a household name in Overijssel. For years it has been a guarantee for delicious food and a beautiful location - from the garden you can see the church. All ingredients are sourced as much as possible from the house supplier, Landjuweel de Hoeven Organic Care Farm in Dalfsen, also a nice place to visit. The farm shop is open to everyone.

Feltsteren
The beautiful village of Vilsteren is part of Landgoed Vilsteren - it looks like an open-air museum, but it is a really lively community. The landscape of Vilsteren as it now stands is a mix of es-village landscape and estate. The village is closely linked to the development of the estate. The church, the country estate, the school, the inn and the mill were built with an eye for the environment and are also preserved. The landscape in Vilsteren has a high cultural-historical value, very beautiful to see! 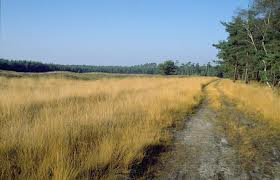 The manor house Ruitenborgh, located in the neighborhood of Ankum, was first mentioned in 1328 as ca...

De Molen van Fakkert is an octagonal tower mill, which has functioned as a flour mill since its cons...