Cycling in Brunssum, Limburg, The Netherlands

Cycle through the rolling Limburg landscape and explore major cities and the beautiful Brunssummerheide. This hilly area consists of heathland, forest, fens and bogs. Raised moor occurs in the source area; the Brunssummerheide is therefore particularly humid here. In the area, if you come in the summer months, you can see many butterflies fluttering. Due to the high moisture content, many amphibians and reptiles live there: green frogs, grass snakes and sand lizards are no exception. Other animals such as the nightjar and the tree pipit also have a good time among plants such as sage, white beak and clubmoss. But not only nature is beautiful. Well-known, larger cities are bustling in Limburg! Heerlen is one of the largest municipalities in Limburg. Traditionally, Heerlen was fairly isolated because there were no good access and exit roads and the city was therefore hidden between the hills. The city was self-sufficient and derived a lot of income from mining. It was not until 1896 that Heerlen got a station and connection to the Dutch rail network, opening up the city to the surrounding area. Thanks to a flourishing trade, the town has grown into the city it is today. At Profile Mohren, located at the start and end point of the bike ride in Brunssum, you can drive your bike in for maintenance. It is of course nice if your bike is in tip-top shape when you start the cycle route. Your bicycle discount pass at this bicycle specialist is good for a discount of 10 euros on maintenance and any repairs. Then you're ready to hit the road and see the many historic castles and houses of Limburg! Ehrenstein Castle is a breathtaking castle located just outside Ham in Kerkrade. The castle was built in the first half of the fourteenth century. In 1708, the castle fell victim to a great fire and burned down the granary and the stables. The castle belongs to lands that lie in an area called Groene Lung and Cranenweyer. There is a moat around the old fortress, which is fed by the Anstelerbeek. On the estate, the castle is referred to as Oud-Ehrenstein, while Nieuw Ehrenstein refers to the farm on the grounds. In 2013, the castle is used as a restaurant and hotel. Another beautiful castle is s-Heeren Anstel, a beautiful castle with two economic buildings at right angles to each other around a forecourt. There are also traces of an old canal that has now been filled in. Under the right wing, a magnificent cellar has been built with breathtakingly beautiful vaults between the brick girdle arches. The Strijthagen in Welten is a rectangular building which is also called the Huys te Welten. The house was extensively renovated in the nineteenth century and therefore does not look much like the original. The first renovation took place around 1860. The old castle was located south of the Weltervijver on a moated area. Unfortunately, the current house cannot be visited. Ter Worm Castle is part of the Ter Worm estate of the same name. The current complex was built in the seventeenth century on the site of its fifteenth-century predecessor. During the twentieth century, the castle fell into serious disrepair, until it was bought by the Van der Valk hotel chain, which restored the castle and established a hotel there. Ten kilometers before you return to the starting point in Brunssum, you will see a last castle. Prickenis is a beautiful castle first mentioned in 1381. The various economy buildings enclose the courtyard. Nowadays the estate is also called Klein Geitsbach. Because the house is inhabited, it cannot be visited.
Forest Heather Cultural routes Nature Route E-bike routes Monument routes 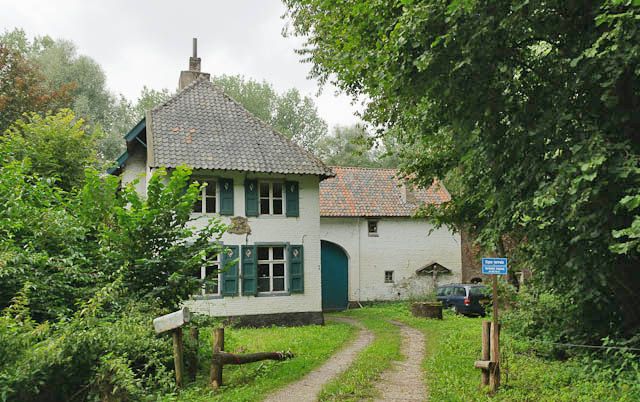 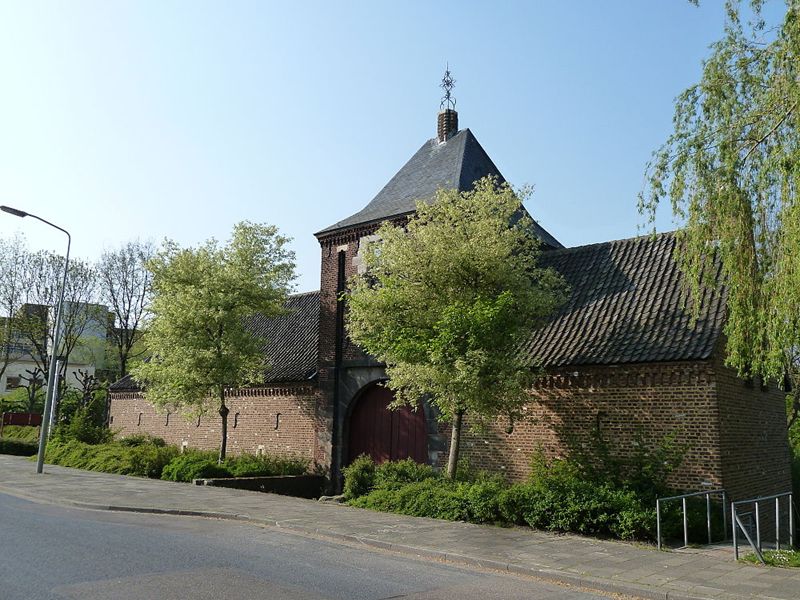 At bicycle shop Profile Mohren in Brunssum you are always welcome. If you have your bike serviced re...

The simple lock dates from the 14th century. Currently restored and in use as a restaurant....

Independently fortified building from the Middle Ages that was easily defended at that time and in t...

The old castle was located south of the Weltervijver on a rectangular moated site. Rectangular build...

Castle TerWorm is truly a jewel of a castle situated in the middle of greenery in the Geleendal in H...