Cycling in Leudal, Limburg, The Netherlands

Cycling around the Boschmolenplas means cycling through a beautiful nature reserve where water and nature come together in an oasis of greenery and tranquility. The area mainly consists of extensive heathland, beautiful forests and a number of ponds. Around the water are nice villages ready to be explored. With an unprecedented, friendly hospitality, the people here still like to have a chat. You cycle along the Beegderheide, where traditionally farmers used to graze their cattle. Due to intensive use, the area gradually changed into a meadow landscape. Today the nature reserve is home to interesting animals and plants; a recovery plan was launched in 1995 to conserve and protect heathland and plant and animal species. Initially, you mainly found beautiful flora on the Beegderheide, including bell gentian, white and brown beaked rush, swamp deer hay or small dodder. During the recovery plan, even some plant species that were never known to have grown on the heath, such as white water ranunculus and empty bladderwort, appeared. The missing nightjar returned and the field cricket expanded its habitat, but new species such as the stonechat and blue-winged grasshopper have now also found their way to the Beegderheide. You can park your car for free in front of Profile Janssen in Hunsel. Take the opportunity to have your bike checked and possibly repaired here. With your bicycle discount pass you get a discount of up to 10 euros on repairs and maintenance. Then you set course for the Heel. This beautiful castle is located on the southern edge of the village of the same name. Heel Castle is first mentioned in 1264, but little of the old castle has survived over the years. The current house dates from the seventeenth century. The house has two lower wings that were added in the eighteenth century. Unfortunately, the castle cannot be visited. The peaceful character of the landscape is also reflected in the Nederhoven estate, located near Beegden. The house dates from 1614 and the other buildings on the site were added around 1750. On the site you will find a lot of forest, especially old lime trees, oaks and beech trees. The estate is open to the public, so get off to take a stroll through the beautifully landscaped garden, so you can fully enjoy the tranquility. You then set course for Grathem, where you can view an underslung watermill from 1874. The Grathemermolen was mainly used as a flour mill. The mill was largely rebuilt in 1995 and has been given a new water wheel to be able to grind on water power again. The mill is completely capable of grinding and still grinds grain into corn on a professional basis. Finally you arrive at the historic castle Oud Buggenum. The original castle was built before 1419, but the current house and tower were rebuilt in the sixteenth century, on the old foundations of the first fortress. The gardens are breathtakingly beautiful, so take the time to enjoy the pretty garden rooms, fountains and beautiful water features. Today, exhibitions are organized in the castle.
Forest Cultural routes Nature Route E-bike routes Monument routes 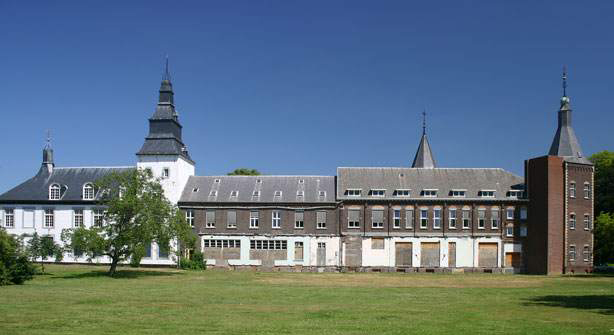 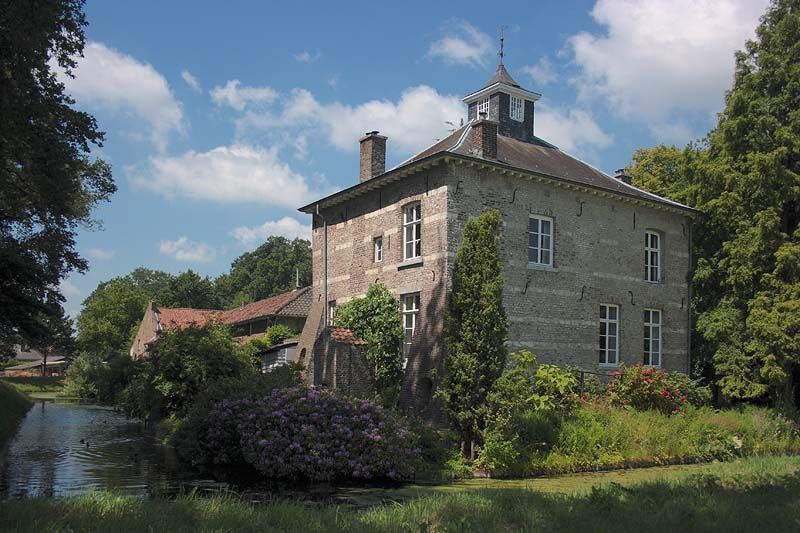 You are always welcome at Profile Janssen bicycle shop in Hunsel. If you have your bike serviced reg...

(RDMZ in combination with MIP) Castle of Heel, now St.-Annagesticht. Main wing, XVIIb with a square ...

Moat 17th century house with heavy buttresses with arches on the south side.<br> The Koetshuis is in...

The current farm is a continuation of the castle&#39;s outer bailey. The main castle is located to t...

This water mill dates from the thirteenth century. In 1915 the mill was converted into a turbine mil...

Groot Buggenum Castle is an imposing historic castle from the sixteenth century. The original castle...