Meander along in the border area of the Maas

Mechelen Heide
This route leads you through the beautiful region of Lanaken. The cycle route starts at junction 140, on the edge of De Hoge Kempen National Park. You drive north past Opgrimbie. Between As and Maasmechelen you cross the largest heath area in Flanders: the 700 hectare Mechelse Heide. There used to be a primeval forest here, which was decimated by felling and grazing. What remained was a heathland. In the summer the heather flowers beautifully purple and red.

Domain Pietersheim
Just before the end of the route you will pass Domein Pietersheim. Parts of the old ring castle, the rampart and the inner moat of this impressive castle ruin are still clearly recognizable. You will also see a chapel that dates back to the fourteenth century. The domain has a cafe and information center about the Hoge Kempen National Park behind it. If you want to know more about this area, then drive to Tourism Lanaken, near the canal in Lanaken-Rekem. 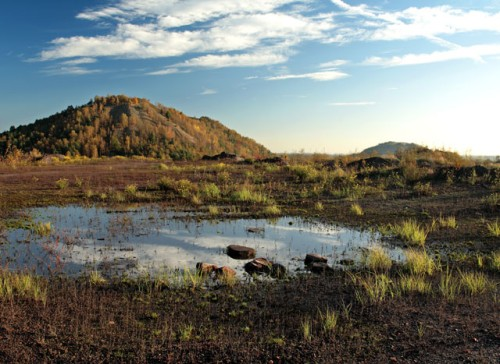 Are you going out in Belgium? and can you use some extra information before you get on your bike or start your hike? Then pay a visit to one of the many Tourist Information points that you can find throughout Belgium. away. Then you can be well prepared with great tips from locals.