Cycling in Steenwijkerland, Overijssel, The Netherlands

A day trip to Giethoorn guarantees a special outing. The village, which has less than 3000 inhabitants, is nicknamed'Dutch Venice\\\'. It is known for its picturesque appearance: cute bridges span waterways with punts floating in them. The ditches and canals were dug around houses, so that the peat from the area could be properly drained. The peat created puddles and lakes and by digging the waterways, loose islands were created, on which the houses of the inhabitants of Giethoorn were built. The punts, which are steered and propelled by the punt boom, complete the picture and are strongly reminiscent of the gondolas that serve as the main means of transport in Venice. At TOP Giethoorn you can park your car for free.

Cycling through the wetland area full of streams, canals, ditches and wetlands, you will see the Giethoorn Molengat mill. The polder mill was built in 1979 and is located on the property of a private individual. This municipal monument can only pump around the water from the molengat, the lake from which it takes its name. The tjasker is almost entirely made of wood, including the rods, which are fenced in an old Dutch way.

A little further on you will see the Giethoorn Noord mill. The paaltjasker from 1970 was used to drain the polder. Because the mill is built in on all sides, it is hardly noticeable and it blends into the landscape in a natural way.

It is not without reason that De Weerribben won the title'Most beautiful place in the Netherlands\\\' in 2004. The Weerribben is covered with beautiful plants and a variety of special animal species live in this area. The carnivorous bladderwort often floats in large masses on the fens, lakes and pools, but crabs razor, water lilies and water hemlock also thrive here. In the reed land you will encounter cheerful colors of rough herbs, including fireweed, skullcap, marsh anthorn and bindweed, while grasses, heath, peat moss, sundew and marsh cartel leaf grow on acidifying reed land. 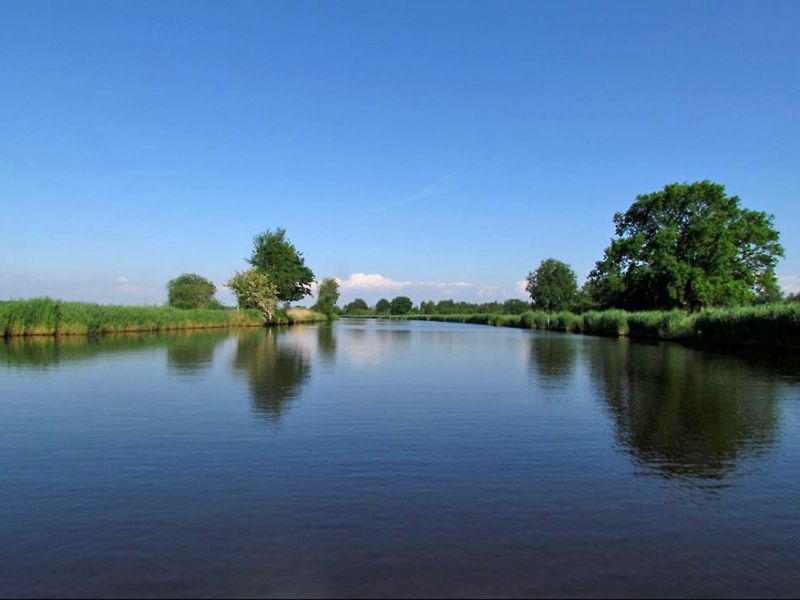 This mill is built in and grown on all sides and is therefore hardly noticeable. The mill is part of...