Explore the outskirts of Ankeveen on foot

It will be a water-rich trip straight through the North Holland lake area. Put on your sturdy walking shoes because you are going to take a long walk through a unique nature reserve. Do stay on the trails because it is a protected nature reserve. The water is only accessible under the guidance of a guide from Natuurmonumenten, or, if there is ice, on the skates. The water is not that deep, so with a little frost it quickly freezes. Marathons on natural ice are then held on the Ankeveense plassen.

Bed & Breakfast-Partycentrum De Drie Dorpen in Ankeveen is your starting point. If you book a room here, your view from the bedroom window is so pure Dutch: lands and water, which radiates immeasurable tranquility! From De Drie Dorpen, a path along the ditch takes you directly to the Ankeveense plassen. Leave the picturesque ribbon village of Ankeveen to your right and arrive at the water area.

The pools were only created between the 16th and 18th centuries when massive peat extraction took place here. As a result, the pits in the river basin of the Vecht have been flooded and a unique water and swamp area has been created with strips of land in between, the so-called legakkers. A layer of land, also referred to as a bog mound or collar, is a strip of soil in the peat area, where the dredged peat with a dredge handle was placed to dry up to make peat. Usually the layers are narrow and long and they are spaced fairly regularly from each other.

They can be seen very well from the air when, for example, you land at Schiphol by plane. This walking route follows a laying field, the so-called Bergse path, which runs right through the Ankeveense plassen. Yet a special experience to walk on such a dry, narrow 'dyke' where you are surrounded on both sides by water.

At one point the old winding river De Vecht will appear on your left. The river was an important watercourse in the Golden Age and that is why rich traders liked to have beautiful country houses built there. A number of these have been preserved, which gives the banks a beautiful appearance. The Vecht was also part of the New Dutch Waterline, a defense line from the island of Pampus, above Muiden, to the Biesbosch.

The line served from 1815 to about 1940. The Dutch have always been handy with water and used it as a defense weapon in the Water Line. When the enemy approached, they flooded large parts of the country and thus entire armies were stopped. Forts were built at central points and places that could not be flooded. A large part of the forts can be found around Utrecht because the defense of the city with water was not possible. Today you will pass Fort Uitermeer, which was built to protect the land passages between the Naardermeer and the Vecht. The characteristic Torenfort of the old buildings has been preserved. There is now a unique reed land around the fort where you can admire the marsh marigolds in spring and the rare summer bell in summer.

You keep buying along water features almost to the end of the route. Only the last kilometers go over a somewhat higher part, along the Boekesteijn estate where Natuurmonumenten's head office is located. This brings you back to Bed & Breakfast-Partycentrum De Drie Dorpen where you probably want to relax while enjoying a snack and a drink. If you have booked a longer stay, it is recommended to do the beautiful bicycle route number 318715 'Around Ankeveen'. Then you will explore even more of this wonderful, pure Dutch waterland. 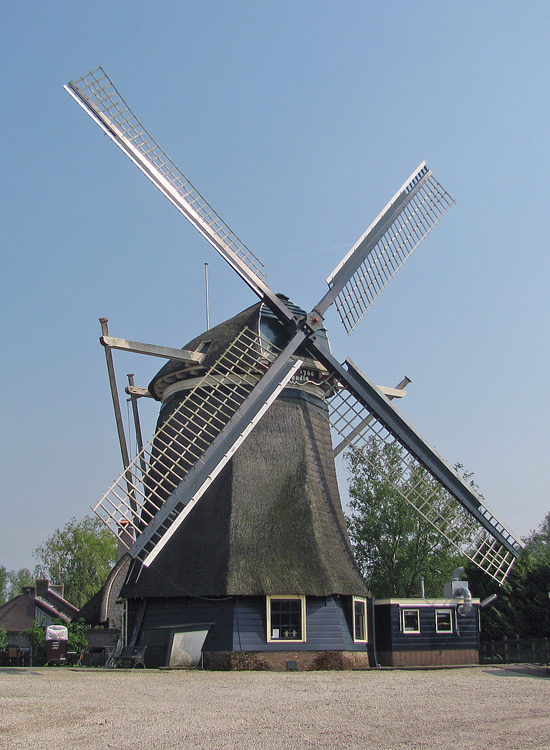 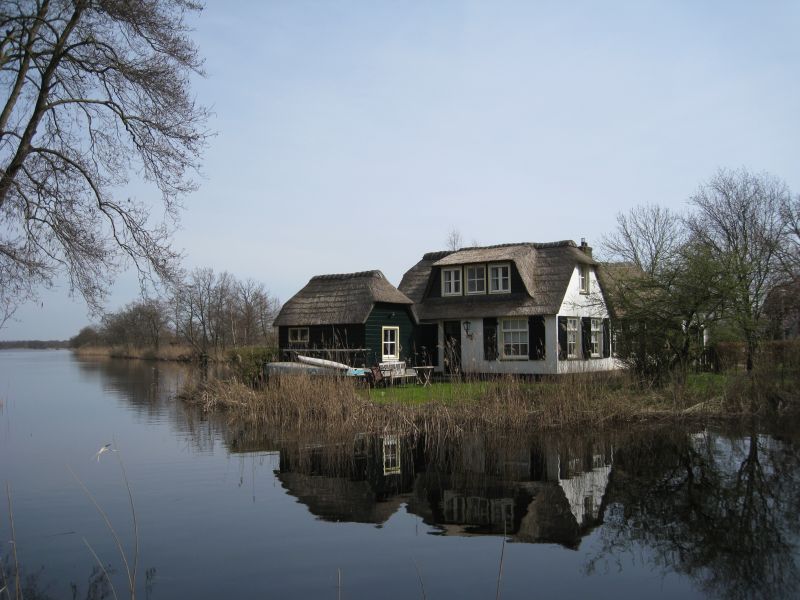 Hotel & Partycentrum "De Drie Dorpen" in Ankeveen is located on the edge of &#39;t Gooi in a beautif...

Fort Uitermeer, located near the Naardermeer on Vecht, has been restored by the Province of North Ho...