On the trail of the history of Maassluis

On the trail of the history of Maassluis
Maassluis was created at two locks in the Maasdijk that date from the 14th century. The dyke kept the Maas in check, but the inner dyke area (the present day Delfland and Westland) had to be able to get rid of its excess water. That is why two long canals were dug that drained into the Maas through separate locks. The Zuidvliet came all the way from the village of Wateringen and the Noordvliet from Monster. The floor plan of historic Maassluis is completely intact. The townscape is still determined by the old Maasdijk, the straight rivers, both locks and the harbor outside the dike.
Church on Schanseiland.
Maassluis played a strategic role in the Eighty Years' War. When the water beggars had taken Den Briel (1572), the Spaniards became very interested in Maassluis on the other side of the Maas (the island of Rozenburg did not yet exist). From here they could launch a counter-attack on Den Briel and control shipping on the Maas. A confidant of William of Orange saw the danger and had a three-pointed redoubt built surrounded by water to defend Maassluis. He had little success, because soon the redoubt fell into the hands of the enemy. When the Spaniards were finally expelled, the redoubt was dismantled (1624). The wide moat remained. The monumental Groote Kerk was built on Schanseiland, one of the many churches in the very God-fearing Maassluis. The building still towers over the old town.
Directions.
The start is at Nieuwstraat 2, where Experience Maassluis Info is located.
At 11 Dr Kuyperkade politician Abraham Kuyper was born.
The Reformed Church was the state church for centuries.
Other religions were tolerated. Catholics were allowed to build shelter or barn churches outside the city center. Provided that it could not be seen from the outside that it was a church. There was also no direct access from the public road. At Schuurhof 142 there is an inconspicuous barn church from 1788. The bell tower was placed much later.
The church is used as a dance school and theatre.
Catholics had to confess their faith through the back door, while Reformed churches in the beautiful Groote Kerk.
In 1626 this was one of the first new Protestant church buildings in the Netherlands.
The construction was financed by a levy on the herring fishery.
The interior of the Groote Kerk contains all kinds of objects that refer to fishing, such as ship models and memorial plaques from, among others, the fishermen's guild. The Garrels organ is famous for its beautiful sound. Maarten't- Hart has played on this several times.
The flood pole with a work of art by Friedie Kloen on top was placed in 2003 to commemorate the 1953 flood disaster.
The herring warehouses, sail makers and shipping companies' offices were located at the harbor. Most monumental buildings have been restored, such as Haven 31. A plaque on the building at No. 23 shows how high the water came during the flood of 1953.
The stone stairs on the side of the building lead to the Stadshuiskade. Where the most beautiful cityscape of Maassluis can be admired.
Here is the steam tug Furie.
Continue walking along the monumental rear facades of the Raadhuis, Delflandhuis and Coppelstockhuis, then along the front facades on Hoogstraat.
The old town hall now serves as the National Museum for the Sleep Vaast.
The house of the guild of bag bearers is located at Zuiddijk 11. As soon as a ship entered the harbor, the bell on the facade rang as a sign that there was work to be done. The bag carriers lug the cargo to the warehouses.

We end up at the Nieuwstraat 2, where you can buy a nice souvenir.
Of course you can also go somewhere to eat or drink something. 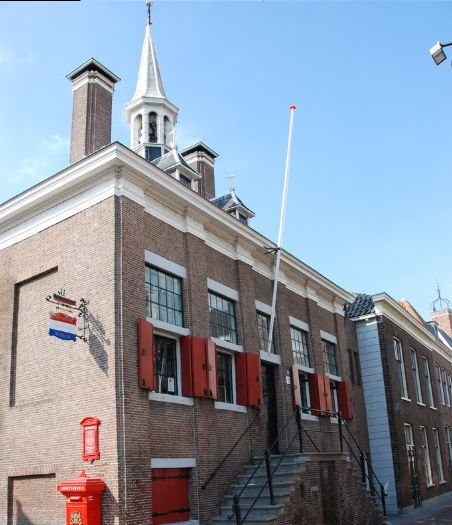 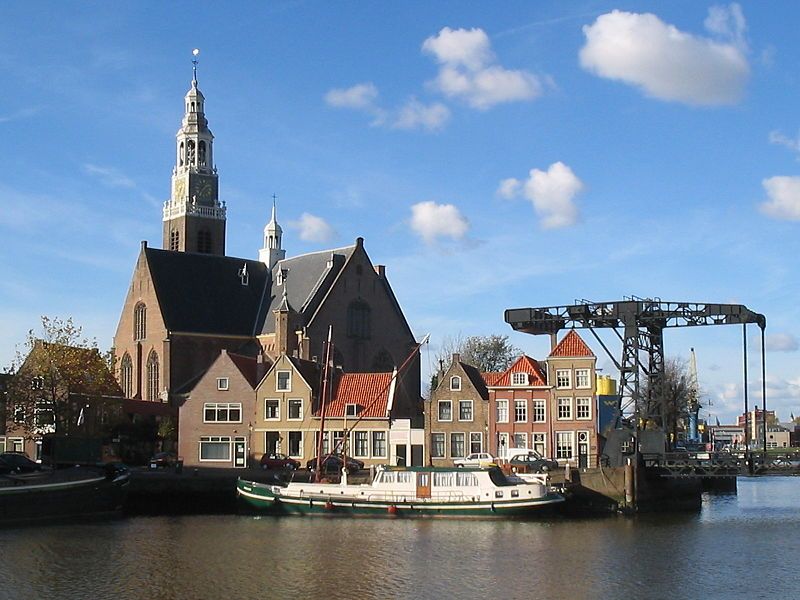 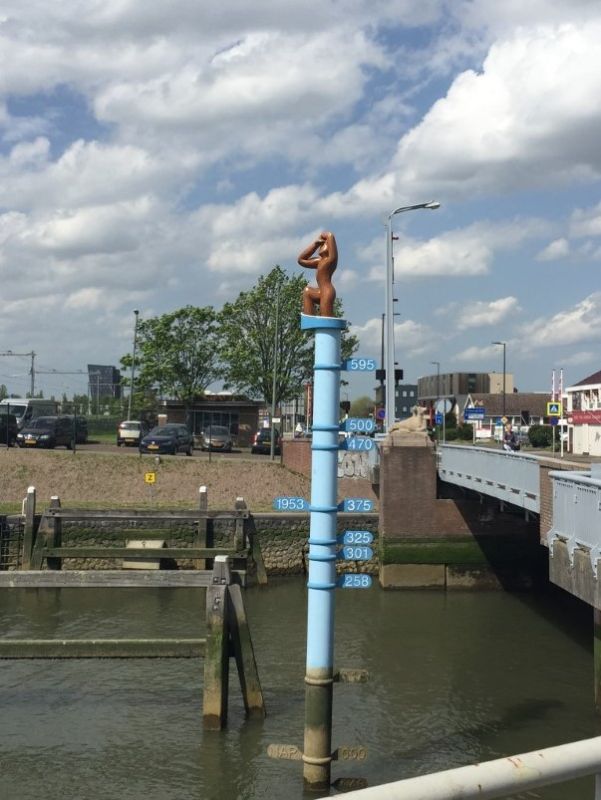 The Hoek van Holland is formed by Westland, Hoek van Holland, Maassluis, Vlaardingen, Schiedam, Midden-Delfland and Delft. The area offers a varied experience for cycling and walking tours, from the sea and dunes, glass greenhouses, the Nieuwe Waterweg, polder landscape, old gin distilleries and old-Dutch inner cities. Get out and about here and get to know everything the Hoek van Zuid-Holland has to offer.