A visit to Valkenburg

Cycling in Simpelveld, Limburg, The Netherlands

Cycling through Limburg means cycling over hills, where you fight against the peaks and then slide smoothly down the valleys. You end up from one striking place in history to the next and you see many important locations. The undulating nature of the landscape gives you the impression that you are abroad. You pass through small church villages and vineyards such as the special Wahlwiller where you can taste the atmosphere of the Burgundian outdoor life in Limburg.

Then you follow the Geuldal nature reserve. Due to the varying wet and dry soil, there is a special flora and fauna to discover. In addition to wet meadows and otter flower grasslands, reed orchid and the one and only cuckoo flower, there is also a so-called zinc flora locally. You will find, for example, zinc violets and zinc farmers' cherry. The Geuldal also has a varied animal life such as the midwife toad, yellow-bellied and crested newt, dormouse, badger, shrike, hawfinch, large yellow wagtail, little owl and many butterflies such as the field frilled moth.

The history of Wylre Castle in the village of the same name goes all the way back to 1040. Meanwhile, Wylre Castle'castle\\\' is no longer a real castle, but rather a spacious mansion surrounded by a moat. The property is surrounded by a beautiful garden, with several terraces at the rear that were laid out in 1910. The main building and the outbuildings are all on the National Monuments List.

After cycling 31 kilometers you will come to three impressive buildings that are a short distance from each other. First there is the medieval castle Genhoes, which is beautifully embedded in the Geuldal. The castle is lovingly maintained and in good condition. The historic castle garden of Oud-Valkenburg has also been restored to its former glory, with a few monumental beans remaining.
Then you come to Schaloen Castle, originally from the 14th century and built rectangular. The different types of marl from which the building was built, tells us that the building has undergone various reconstructions and renovations. In 1575 a major fire raged, in 1656 it was restored after years of vacancy, in 1894 it was restored again, this time in neo-Gothic style and the castle got the appearance as it can still be seen in 2014.

On the south side flows the winding Molenbeek, which was the main stream of the Geul in the sixteenth century. The water corn mill Schaloensmolen was built on this stream in 1701, the last ban mill in Oud-Valkenburg and Schin op Geul. The mill was shut down at the end of the 1950s. After years of standstill, a group of volunteers restored the mill without restoring the grinding function. A botanical garden was created near the mill, which is still open to visitors today.
The well-known tourist attraction Valkenburg with its striking castle ruins that overlooks the city, besides many terraces in the city center also has beautiful sights.

The French Mill is a water mill and a national monument that is located in the middle of Valkenburg. It was built in 1804 on the right bank of the Geul, by the Frenchman Fertrand Loisel. Because of its origin, the'French Mill\\\' was baptized as such. The mill was used as a flour mill and was given a new iron water wheel in 1929. Shortly after the Second World War, the mill was shut down. Like many other striking locations, this building is also a national monument.

The Old Mill is also called the Banmolen. The exact year of construction is unknown, but it is known that the part of the mill on the left bank was demolished in 1860. A large mill building of marlstone was built in its place. In 1901 the watermill burned down and had to be rebuilt. The opportunity was seized to replace the water wheel with a turbine, which was delivered in 1919. When the Oude Molen came to a standstill in 1960, it fell into disrepair. Since 1984, the National Monument has been milling wheat organically again. The mill is also used to generate electricity. 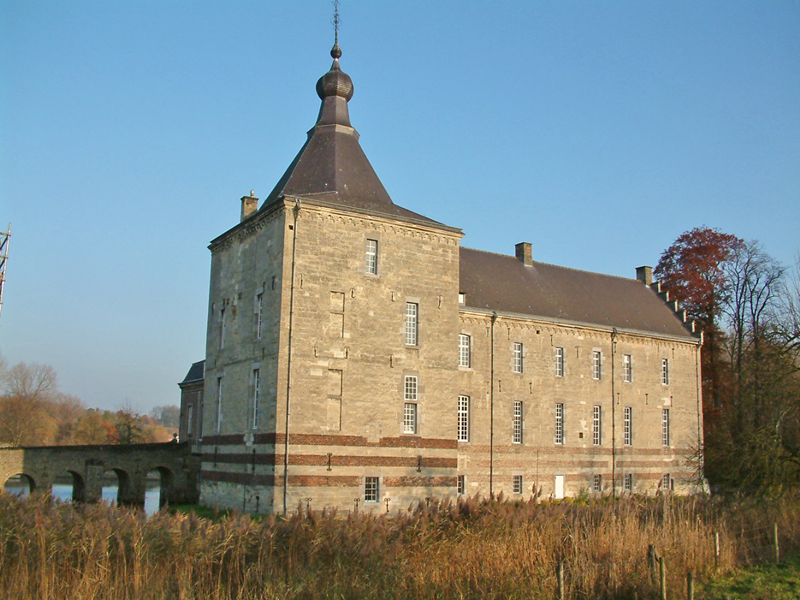 Groenpark Simpelveld is located in the middle of the rolling South Limburg landscape. Have a nice ni...

This country house has a moat, a late Gothic main wing of marl, a heavy tower that was built around ...

The former castle garden has been converted into a herb garden and a botanical garden. The garden ca...

There was already a castle on this spot in the fourteenth century. That is not the castle that stand...

This water mill originally belonged to the neighboring Schaloen castle. The mill dates from 1699. In...

Valkenburg Castle, destroyed 1672; castle ruins on the steep slope south of the city on the Heimelbe...

Mills powered by pure natural power from streams and streams. Miller was a widespread profession in ...

This water mill uses the water of the river Geul. It is unknown when exactly the mill was built, but...